Earlier this week, Apple released eleven new underwater screensavers for the Apple TV HD and Apple TV 4K. If you are using the Aerial screensaver, the Apple TV will automatically download them and appear in the rotation alongside the existing videos.

These screensavers look stunning when I glance at them at home on my living room big screen TV – good to see Apple constantly adding more. 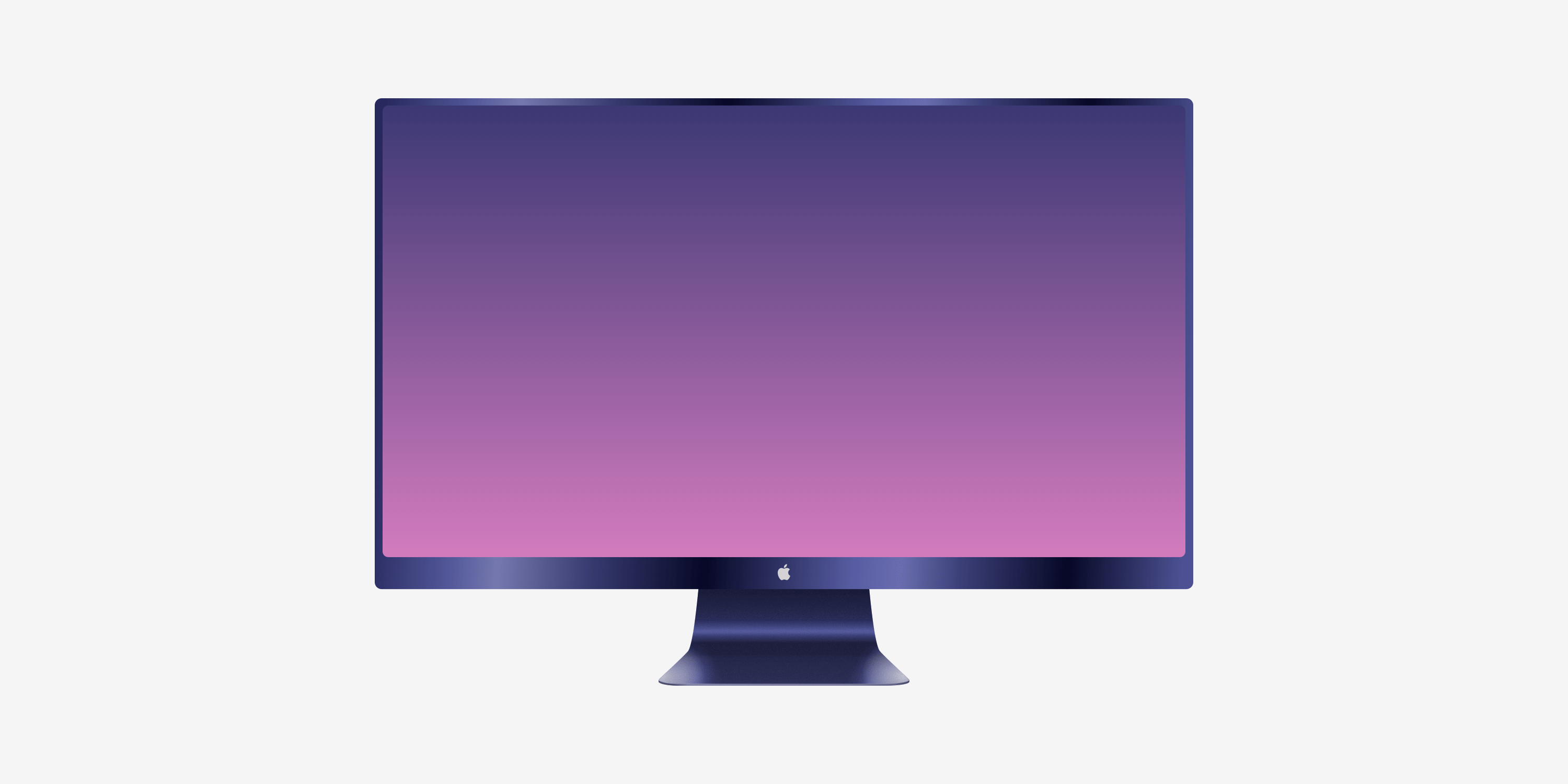 Known only as J290 by the people involved with its development, the new pro monitor will be a DCI-P3 display with support for HDR, auto-brightness, Night Shift and the True Tone technology, which can adjust the white point of the display to match the ambient light color.

A monitor that behaves like the iPad and iPhone with auto-brightness and True Tone sounds fantastic and puts the monitor above all the competition.

Benjamin Mayo has a great piece on his experience with the new AirPods:

You definitely notice that the new AirPods connect faster and switch between devices much more quickly than the older generation. You can throw them in your ears and it takes only a beat to change to the Mac when you select the audio source from the menu bar. The switching isn’t instantaneous but rather than 5-8 rotations of the loading spinner in Control Center, now you only get 2 or 3. It makes a big difference.

The lower latency is also noticeable. When I’m bored, I play Crossy Road on my phone, mindlessly swiping the chicken around the cars. When wearing first-gen AirPods, I would always leave Crossy Road on mute as the delay between performing the action and hearing it in my ears was simply too much. The AirPods 2 improve on this substantially such that playing with music and sound effects enabled is now bearable given the reduced sound lag.

And on Hey Siri:

The addition of always-on Hey Siri is a surprisingly big leap for the product. Speaking to the air is much more natural than the double-tap gesture. For public settings, there’s still the self-consciousness barrier to being okay with talking to yourself whilst walking down the street. In the privacy of my own home, I have no qualms saying Hey Siri and talking to the air to skip a track or change what I’m listening to. iPhone, iPad, HomePod, Watch. I have so many devices listening for the ‘Hey Siri’ trigger around me and yet the inclusion of the feature in the new AirPods does not feel redundant.

Up to now, I had been mostly relying on the ‘Raise to Speak’ functionality of Siri on Apple Watch for my voice command requests. Now that the AirPods are at my beck and call when they are in my ears, I see myself preferring that route to Siri over anything else. You can safely talk to your AirPods and not worry about every other device waking up to your command. Having AirPods mean causes the paired device to become the leader and every other Siri client defers to it. The AirPods ‘Hey Siri’ even beats the HomePod in the order of priority.

I will guarantee you that the single greatest bottleneck in terms of speed on the base 4K iMac is that slow spinning disk drive. People who spend $1299 for a 4K iMac in 2019 deserve not to see a spinning beach ball—but they probably will. This is one case where Apple should either take the hit on profit margin or just raise the price if it has to.

Raising the sales price of the iMac to cover their manufacturing cost over the bottle-neck-spinning beachball experience for the customer is surely a justifiable decision that needs making here.

And while we’re making wish lists, how about a new enclosure that reduces the size of the bezels and adds Face ID, too?

Face ID coming to the Mac seems like a given and only a matter of time considering the placement of the camera on the iMac and MacBook range and would seem a much more fluid and neater solution to authentication on the Mac compared to the existing Touch ID button.

On the bright side, any free accounts that had more than three devices linked before this change can continue using all of them. However, further devices past three won’t be able to be added from this point on.

Following the Apple Music launch on Amazon Echo speakers in the US, Apple Music is now available on the Amazon Fire TV as well. The Apple Music skill can now integrate with Alexa on Fire TV, so you can ask your TV to play Apple Music with your voice.

Moreover, Amazon announced that it is now expanding Apple Music on Amazon Echo to more countries. The service will be available to Echo owners in the United Kingdom ‘in the coming weeks’.

The major stumbling block for the widespread adoption of the card is likely to be how the bank initially obtains the customer’s fingerprint. NatWest said customers in the trial would have to visit their local branch so that the bank could copy their fingerprint, but it is working on ways to capture the data remotely.

The technology has been developed by a Dutch company, Gemalto, which is also behind a similar trial launched in December by Intesa Sanpaolo, Italy’s biggest bank.

Gemalto said: “Fingerprint authentication sweeps away limits on the value of contactless payments, removing the need to enter a pin or sign the receipt. As a result, it simplifies the consumer experience at the point of sale and makes it faster and safer.”

It said that as a security measure the customer’s fingerprint was stored on the card itself, not the bank’s servers.

Users of Google Pay or Apply Pay on smartphones are likely to be suspicious of how widely the so-called biometric payment systems will be accepted by retailers. In theory, mobile users can already authenticate contactless payments above £30 on their smartphones using fingerprint technology, but in practice many have found the process frustrating.

BBC and ITV team up to launch Netflix rival BritBox | Media | The Guardian:

The BBC and ITV have confirmed plans to join forces and launch a paid-for streaming service called BritBox by the end of this year, in an attempt to head off Netflix.

Netflix is eating into the market share of traditional broadcasters, as audiences increasingly desert established channels and expect shows to be available instantly on streaming services.

BritBox will mainly feature archive BBC and ITV shows, alongside new British commissions made especially for the service. There were no details on pricing; the announcement said it would be “competitive”.

However, BritBox will not have the latest BBC and ITV shows, which will remain available through the catch-up BBC iPlayer and ITV Hub services. Other broadcasters are expected to join the service later, with Channel 4 known to have taken part in discussions, which were revealed by the Guardian last year.

ITV has pledged to invest up to £65m in the joint venture over the next two years. The publicly funded BBC would not comment on whether it was putting a similar amount of money into the project.

The decision means British broadcasters are likely to stop licensing their archive material to services such as Netflix to try to drive subscribers to the new UK service, which will operate on a fraction of the budget of its deep-pocketed US rivals.

If it will mainly feature archive content and not current as stated, then that pricing better be “competitive” otherwise I can’t see it being that compelling. Subscription services are dominant now in the streaming media industry and having another monthly cost for archive only will appeal only to a minority of die-hard fans.

The report says that Echo has 70% of the install base and Google Home speakers account for 24% of the whole. It says the relative shares of each manufacturer have roughly remained the same throughout 2018.

This market share is not likely to improve greatly without Siri offering something more compelling that it currently does to Amazon’s Alexa and Google’s Home devices. The majority of customers will go for affordability in this voice-activated market and that will keep Amazon on top and Apple lagging behind going forward on their current iterations.

Daring Fireball: Third-Party USB-C to Lightning Cables Might Come in Mid-2019 (Which Is Good, Because I Still Don’t Think iPhone Is Ever Going to Switch to USB-C):

I think iPhones will stick with Lightning until wireless charging is fast enough that Apple can remove all ports, Apple Watch-style.

In fact, I don’t think regular (non-Pro) iPads will switch to USB-C either. Apple is pitching the iPad Pros’ switch to USB-C based on actual professional features — driving external 5K displays, using PC-class peripherals, and support for very high-power charging. The only one of those that might apply to regular iPads is faster charging, which is always nice to have, but even that wouldn’t matter much to most iPad users, who (a) stick with whatever charger Apple supplies in the box, and (b) choose extra chargers based on price, not output wattage. (Spec-knowledgeable nerds have trouble believing this, but many iPhone users love the wimpy 5W charger Apple includes with iPhones because it’s so small.)

I completely agree – the way the Apple Watch charges wirelessly-only and the new Apple Pencil charges wirelessly, would seem to indicate a wireless-charge future that Apple sees for their mobile devices in future. A future iPhone without a lightning port (or any port) would allow them to design an even thinner iPhone.