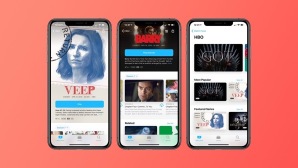 Apple has released iOS 12.3 to everyone after six developer betas. Read on for a roundup of all the new features you’ll get with iOS 12.3.

Headlining today’s releases is the new TV application on iOS 12.3, tvOS 12.3, and Apple TV Software 7.3. The new TV app includes Apple TV Channels, a feature that simplifies streaming video subscription services by bringing them all into a single app. The billing is handled by Apple, and all of the content is hosted by Apple and viewed in the TV application itself.

At launch, Apple TV Channels supports the likes of HBO, Showtime, Stars, Cinemax, Epix, Smithsonian, Acorn TV, and more. As time progresses, we can expect more services to be added. Most of the services include free trial periods, as well.

Other changes in the new TV application include a refreshed interface with a focus on curation and personalized recommendations, as well as a new dedicated Kids section with handpicked content safe for viewers of all ages.

In addition to iOS 12.3 and the Apple TV updates, Apple today is also releasing watchOS 5.2.1. That update will further expand the ECG and irregular heart beat notifications of Apple Watch to Poland, Slovakia, Czech Republic, Croatia, and Iceland.

Lastly, Apple is releasing macOS 10.14.5, which focuses primarily on bug fixes and performance improvements. The Mac won’t gain its own TV application until later this year with macOS 10.15.

With these releases now out in the open, attention will now shift to iOS 13, watchOS 6, tvOS 13, and macOS 10.15. Apple will officially unveil each of those updates at WWDC in just a few weeks.